Sochi is a seaside heaven. Bestowed with the stunning backdrop of the Caucasus Mountains, it makes for an idyllic destination to unwind, to admire the allure of the sea and the gardens, to take a stroll through the vibrant Old Town; a site where you can savor the typical southern Russian ambience. Not many knew of the city earlier and the few who had, thought of it as the Russian Riviera. But the Winter Olympics 2014 put it on the world map. Find yourself the best last minute flight to Sochi and discover its infinite pristine beaches, stunning mountainous coastline, lively nightlife and a warm soothing sunny climate.

The Sochi Arboretum– Counted amongst the most beautiful botanic gardens in the country, this flora center features more than 1800 types of plants. Spanning over 120 acres, the facility has separate sections for plants from different regions such as North and South America, Australia, China, the Caucasus etc. A few highlights include the Flower Pavilion, the Orangerie, subtropical plants and coniferous trees. The Arboretum shelters various exotic bird and animal species including ostriches, peacocks, pelicans, raccoons, etc.

Navaginskaya Street– It is a lovely pedestrian street stretching from the sea to the railway station. Dotted by many shopping spots and restaurants, the street has been decorated by some spectacular sculptures crafted by local artists. Here, one can see sculptures of a goldsmith, a teacher and more. And what is fascinating about the last monument is that the locals believe it to possess magical powers. As per the legend, placing your arm into the cavity of this monument and making a wish into the ear will certainly come true.

The Sea Port– Designed in the Stalinist Empire style, the Sea Port is a lovely complex of buildings and a popular hangout spot in the city. Rent a car and steer straight to this landmark to admire the spectacular pillars and spires. You may also spot a few local fisherman and feed some seagulls. Apart from some architectural gems, the site also features several intriguing statues.

June to August sees the maximum flock of tourists making their way to this Russian beauty for summer vacations. But at the same time, it also means high rates on flight and hotel bookings. On the other hand, November to March marks low tourist season in the city meaning great deals on flight tickets and hotels.

Sochi International Airport is the major airport serving Sochi. It is located at a distance of about 22 miles from the city center.

Sochi Dolphinarium is a must-visit place for anyone who likes playing with aquatic creatures. Several shows are held throughout the day featuring seals, walruses and a beluga whale. The dolphins also showcase their painting skills that are later auctioned during the shows. You may also take a swim with the inhabitants by paying an extra fee. Get onboard a cheap flight to Sochi and head to Sochi Dolphinarium to explore a Penguinarium, a Butterfly Garden and a small zoo featuring several exotic animal species. Sochi, Russia
Taxi from your Sochi or Rosa Khutor hotel Sochi, Russia
Taxi from Sochi airport (AER) to your hote 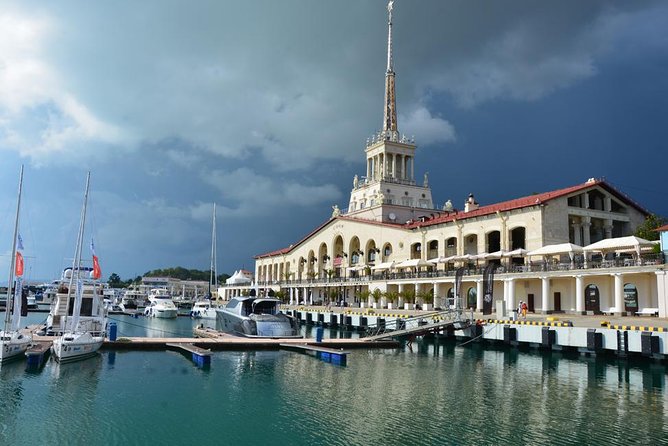 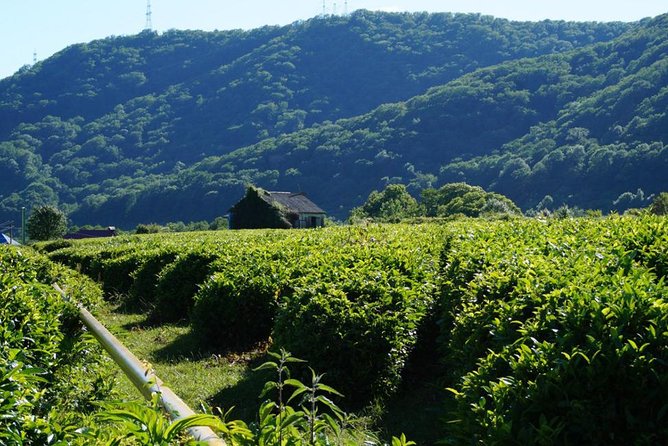 Sochi, Russia
Unique Journey to a Tea Plantation from So 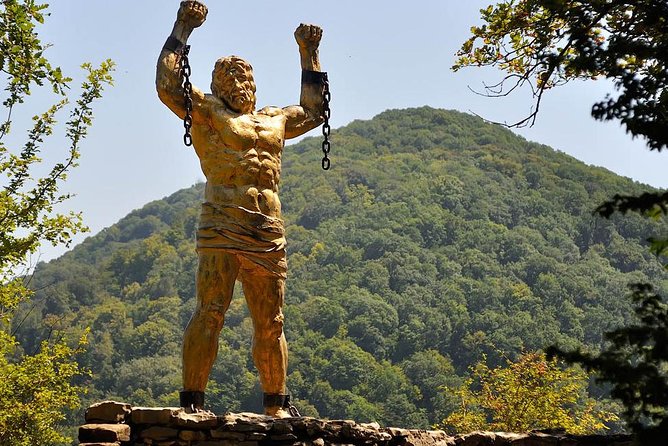