Perched on the banks of Mississippi River, New Orleans is a funky and fascinating Louisiana city. Globally touted as the “Big Easy,” the city likes to live an easy breezy life. New Orleans is a spectrum of cultures that reflects significantly in the locals, cuisines and the vibes. The city is famed for its cocktail culture. So, sipping on some amazing colored drinks often turns out to be the highlight of the trip. Also, the culinary repute of New Orleans is praise worthy. With some delectable dishes served at many restaurants, you’re in for a treat.

The city does jazz like no other. So, attending some of the best jazz nights has to be on your list of things to do in the city. And, undoubtedly some of the best festivals are celebrated in the city. So, what are you pondering over? Get cheap flights tickets to New Orleans and have a ball of a time.

French Quarter: The most happening place in New Orleans has to be, hands down, the French quarters. With architecture that speaks to you in French, you will simply fall in love with this place. The quarter is marked with shops, art galleries, and restaurants. So, you could shop, eat and repeat. Isn’t it great? Also, the famous Bourbon Street is located in the French quarter. Now, it’s reason enough for you to book flights to New Orleans.

National WWII Museum: World War II has always been an intriguing subject. Everyone wants to dig into history and find out as much as one can about it. So, what could be better than to fill your barrel of knowledge about the dreadful war at the National WWII Museum? The exhibits and snippets of the documentary are informative and staggering to witness. Grab some of the finest deals on car rentals with us and head straight to this impressive museum.

Preservation Hall: You cannot speak about New Orleans in its entirety without the mention of Jazz. Yes, Jazz runs in the veins of the city. And, the best place to hear some of the finest jazz originals is at the Preservation Hall. This old building may be perceived as a no-fun place from the outside but the moment you step inside, be ready to groove to the tunes of jazz. Local and international artists perform at the amazing concerts held at this venue every day. So, reserve a day for some fun time.

With the celebrations in full swing and a soothing weather, New Orleans should be your go to destination this spring. If you want to avoid the cramping crowds, December shall do right by you. It’s always advisable to make hotel reservations in advance to evade the surge in hotel rates.

Serving the city of New Orleans is Louis Armstrong New Orleans International Airport that connects it to all the major cities in the world. The airport is about 15 miles from the city center.

New Orleans has always been talked about extensively because of Mardi Gras. Mardi Gras is often called by the locals as the "Greatest Free Show on Earth” and we cannot agree more. With jovial spirits marching around the streets of the city, clad in colorful apparels, it is a sight to behold. This festival celebrated in February is like nothing you would have seen before. So, grab the best flight deals to New Orleans and experience the larger than life festivals and many more. 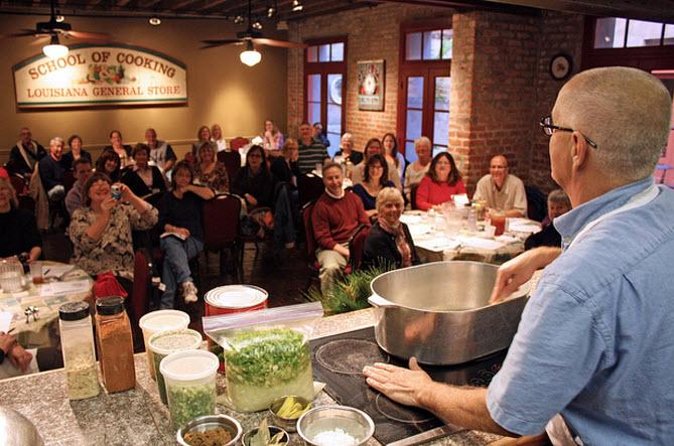