A major city of the Ohio Valley, Cincinnati lies on the shore of the Ohio River and is mainly surrounded by the hills. The town is home to many structures that are famous due to their architectural associations. Book low-cost airline tickets to Cincinnati with cheapflightsfares and explore this city with numerous attractions and a rich history, all within your budget.

Cincinnati Zoo: The Cincinnati Zoo is famous for Bengal Tigers and Gorillas. A particularly well-known, one of the most favorite attractions for children, the zoo offers a broad range of rides and a 4-D theater. It also contains one of the world’s leading insectariums and engages people with “animal encounters” and shows throughout the day.

Cincinnati Art Museum: The Cincinnati Art Museum is located in Eden Park and features prominent works of Far-East and African art forms including American and European sculpture, ceramics, textiles, and photographs. The museum also displays the permanent collection along with national and international exhibitions.

Irwin M. Krohn Conservatory: Cincinnati’s real horticultural gem with over 3,500 species of plants from all parts of the world. The conservatory also features themed houses which include a desert and tropical rainforest with waterfalls. Built in the year 1933, the conservatory hosts many events throughout the year and is managed by the Cincinnati Parks Department.

Taft Museum of Art: An 1820 Palladian-style building which is listed as a National Historic Landmark, displays a small but impressive collection of paintings from renowned artists, sculptures, European decorative arts and many other collection pieces.

Fountain Square: One of the important and a must-visit place of the Cincinnati city center which attracts tourists with its modern tower blocks. Fountain Square is also famous for many small events, concerts and other local entertainment programs.

Crew Tower and Observation Deck: One of the tallest French-Art Deco buildings in Cincinnati which was built in the 1930s, is also a National Historic Landmark. The building contains many offices, stores, and hotel rooms. A fine view of the Cincinnati city landscape can be seen from the Carew Tower located on the 49th floor.

The best times to visit Cincinnati are between the months of May to September when the climate is mild and between October and April when the weather is pretty cold, and snowfall is common. Summers are warm to hot, and humid, with significant rainfall in each month.

Cincinnati is known for having a strongly influenced culture owing to its history of the influx of German and Irish immigrants. The city celebrates many events and festivals throughout the whole year. Oktoberfest Zinzinnati, Cincinnati May Festival, Bockfest, Midpoint Music Festival, Taste of Cincinnati are just a few examples. Not only this, the city is famous for its arts, food, theater, sports, transport, climate, and many other things. Book your cheap flight tickets to Cincinnati and get a chance to celebrate these events laden with joy and fun. 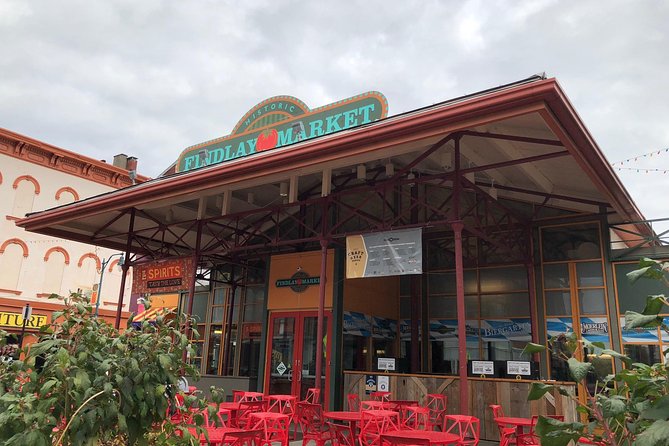